Skip to the content
Warning: sprintf(): Too few arguments in /usr/local/lighthouse/softwares/wordpress/wp-content/themes/newz/assets/lib/breadcrumbs/breadcrumbs.php on line 252

On September 30, 2022, Judge Paul A. Engelmayer of the United States District Court for the Southern District of New York dismissed with prejudice a putative class action asserting claims under the Securities Act of 1933 against an e-cigarette manufacturer, certain of its officers and directors, and the underwriters of the company’s initial public offering in the United States.  Garnett v. RLX Tech., Inc., No. 21-cv-5125, 2022 WL 4632323 (S.D.N.Y. Sept. 30, 2022).  Plaintiffs alleged that the China-based company failed to disclose the likelihood of increased e-cigarette regulations in China that would harm the company’s financial prospects.  The Court held that plaintiffs failed to adequately allege any actionable misrepresentation.

The Court first explained that the disclosures in the offering documents, “taken together and in context,” did not misrepresent any facts relating to the likelihood of increased regulation.  Id. at *18.  The Court emphasized that the offering materials contained extensive disclosures regarding existing regulations in China relating to e-cigarettes, the prospect that additional regulatory measures could be adopted — including potentially a total prohibition on e-cigarettes — and the risks to investors from such measures.  Id. at *19.  The Court rejected plaintiffs’ argument that the company should have disclosed that it was “inevitable” that authorities in China would subject e-cigarettes to regulatory scrutiny similar to traditional tobacco products, as regulators ultimately proposed two months after the IPO.  To the contrary, the Court determined that plaintiffs’ allegations were conclusory and that prior to the IPO Chinese regulators had indicated uncertainty as to future regulations.  Id.

The Court further held that the challenged statements were not actionable because the information allegedly omitted was “already in the mix of public information” at the time of the IPO and the company’s cautionary statements were protected under the “bespeaks caution” doctrine.  Id. at *22.  While the Court emphasized that “[c]ontext matters” in evaluating whether publicly available information might nevertheless need to be disclosed, the Court rejected plaintiffs’ argument that regulatory efforts in China were inherently difficult for investors in the United States to uncover.  The Court observed that English-language articles in the New York Times and Wall Street Journal prior to the IPO had “revealed, to varying degrees, the state of e-cigarette regulations in China” and “put a member of the public with an interest in investing in [the company] on clear notice that tightened regulations were under active consideration and worth investigating before investing.”  Id. at *23.  Moreover, the Court concluded that the IPO offering materials “repeatedly warn[ed] of the specific contingency that lies at the heart of the alleged misrepresentation” — the likelihood of future regulation of e‑cigarettes in China — and therefore the challenged forward-looking statements were protected under the “bespeaks caution” doctrine even if, as plaintiffs asserted, they lacked certain details.  Id. at *24.

The Court separately rejected plaintiffs’ allegations that the company presented financial information that was “inaccurate” and “not indicative of [the company’s] future financial performance” because it did not capture the financial impact of regulations that Chinese regulators were “actively preparing” at the time of the IPO.  Id. at *24.  The Court concluded that these financial-related allegations were “derivative” of plaintiffs’ primary argument that the regulations ultimately adopted were a “foregone conclusion” and failed for the same reason.  Id. at *25.  The Court further noted that a company’s “presenting an unduly optimistic view of its financial outlook” is typically mere puffery and not actionable, and the Court emphasized that the IPO offering documents here did not contain any actionable misstatement or omission, particularly in light of their extensive risk disclosures.  Id.

The Court similarly rejected as “redundant” plaintiffs’ argument that the company had an independent duty to disclose material information under Item 105 of SEC Regulation S-K and a duty to disclose known trends and uncertainties under Item 5(D) of Form 20-F.  The Court explained that Item 105 and Item 5(D) “required nothing further” than the risk disclosures contained in the company’s offering materials.  Id. at *26.

Finally, the Court evaluated “[i]n the interest of completeness” defendants’ arguments regarding plaintiffs’ standing to bring a claim under Section 12(a)(2) of the Securities Act.  The Court concluded that plaintiffs lacked standing to do so because their certifications showed that none of them purchased their shares at the IPO price and two had purchased after the IPO, and therefore they did not buy their shares directly in the IPO.  Id. at *28.  However, the Court rejected the argument that certain defendants — the company’s designated U.S. representative and its employee — were not “statutory sellers” for purposes of Section 12; rather, the Court determined that there were sufficient allegations at the pleading stage that they solicited the purchase of securities in the IPO and did not “merely sign a registration statement.”  Id.

The Court dismissed the action with prejudice because plaintiffs had already amended their complaint twice, plaintiffs had not requested further leave to amend, and it did not appear that the deficiencies identified by the Court could be remedied.  Id. at *29. 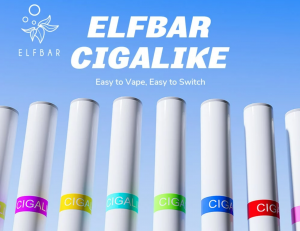 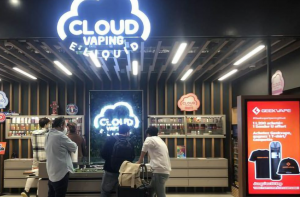