Recently, MOTI launched a new vaping kit featuring a “large POD mini body,” and more colorful POD options. Different from the common large device bodies and small POD designs before, this MOTI ONE is a game-changer product that will attract many vape users.

MOTI goes beyond the ordinary this time, to better implement its concept: the MOTI ONE is designed to allow more benefits for the users. This Replaceable Pod design offers a quite different appearance to the current market pod system products. Its elongated shape allows the e-liquid to flow better, allowing it to maximize the flavor and bring a more intense vaping experience. And of course, this new POD design allows for more e-liquid storage.

The most attractive part of this vape pen is its setting to adjust the airflow, which is a rare design for disposable electronic cigarettes. MOTI ONE facilitates user relaxation by rotating the “ring” and stimulates a more positive inhale response through airflow change.

This innovative POD design is first featured in its brand-new vape kit to market, the MOTI ONE, suggesting a huge leap from MOTI’s previous disposable e-cigarettes. The long POD design is more recognizable and can hold more e-liquid and bring greater satisfaction to users. Powered by a rechargeable 600mAh integrated battery and fast charging via the Type-C charging port, the new MOTI ONE features a better-structured mesh coil for higher temperature resistance and helps generate massive vapor clouds. This may allow MOTI ONE to deliver a smoother, more authentic flavor.

As a disposable product, another innovation point is that unlike previous disposable vape pens—which are one product for one color, and may be thrown away as a whole once finished—the MOTI ONE comes with different pod colors for different flavors, making it easy for users to choose. Its unique features have attracted many vape reviewers to try it, and most of the reviews are quite positive. Reviewers have been especially impressed by the new design and the flavor colors.

Nowadays, consumers’ requirements are not only limited to the original functions of items but are more reflected in various senses. Many vape brands have taken a brave step in exploring more e-cigarette growth engines. We believe that MOTI ONE will perform well and give more energy and more variety to new vape POD systems.

As one of the most well-known electronic cigarette brands, MOTI’s products became the hot-selling vape pod among major sales platforms as soon as they were launched. MOTI is a brand of Flame Tech, one of the top vape companies based in Shenzhen, China. Since its establishment in 2018, Flame Tech has been committed to creating the ultimate vaping experience for consumers, and MOTI ONE is no exception. Based on high-quality products in the general sense, the new product also places a great emphasis on usability, bringing consumers the greatest enjoyment.

To find out more, email the MOTI Team at: info[at]motiplanet.com, or visit the official website for more up-to-date vaping information. We will keep watching new technology in the vape industry. 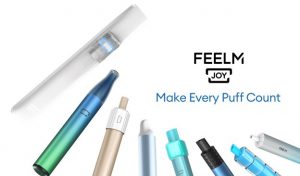 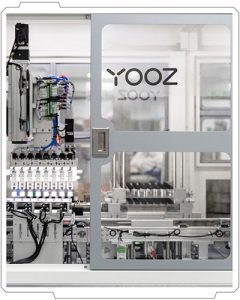