Revenue in the first half of the year was RMB 5.653 billion, down 18.7% year on year. Gross profit was 2.706 billion yuan, down 29.2%. The gross profit margin was 47.9%, down 7 percentage points year-on-year, mainly due to the structural changes of products with different gross profit margins, the increase in the proportion of fixed costs due to the decline in revenue, and the price adjustment of some products in order to support customers to increase market share. Total comprehensive income for the period was RMB 1.384 billion, down 51.9% year-on-year.

During the Review Period, the Group’s disposable products realized revenue of RMB319,939,000, representing an increase of 234.5% as compared to RMB95,634,000 for the full year of 2021. With the gradual improvement of the Group’s ability in disposable vaping products delivery, we expect the
revenue for the second half of the year to increase significantly as compared to the first half of the
year.

The management said that in the first half of the year, the epidemic had a particular impact on the Group’s production, supply chain, and logistics. The gradual introduction, refinement, and implementation of major market regulatory policies and regulations will have a specific impact on demand in the short term. In the first quarter of this year, some areas of Shenzhen adopted stricter epidemic control measures, which had a greater impact on the production and operation of some of the Group’s factories, negatively affecting the Group’s production and shipping plans in the first quarter. In the first half of the year, the Group’s revenue and profit declined year on year. However, an atomized drug delivery device developed by the Group has been approved by the relevant Chinese government approval agency and entered the special approval process for innovative medical devices. If it is finally approved, it is expected to be commercialized in the near future.

In terms of future prospects, the management said that the group would complete the registration and listing approval of the first-generation medical nebulizer products as soon as possible in the near future, and bring them to the market. Recently, the Group has entered into an agreement with one of the world’s largest pharmaceutical manufacturing companies to develop nebulized drugs for the treatment of asthma and chronic obstructive pulmonary disease. 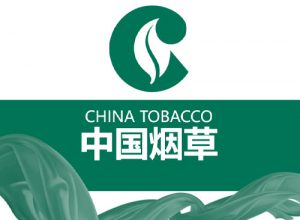