VAPORESSO, the renowned vaping brand, is inviting fans and vape shop partners to join them on August 18th to celebrate the company’s seventh year of operations.

“Throughout the years, VAPORESSO has been blessed with the support of fans and partners,” said Thalia Cheng, CMO of VAPORESSO. “They continued to value VAPORESSO’s innovation, reliability, and style. Their unwavering support has made us reach our seventh anniversary. Now, we want to express our gratitude by giving something to all of our loyal partners and friends around the world.”

VAPORESSO has dedicated the previous seven years to creating a smoke-free future while improving the quality of life for users. TARGET, the brand’s first product, was released in 2015. With over 400,000 TARGET kits sold in the United States, VAPORESSO entered Europe in 2016, with Germany as its first stop. REVENGER, VAPORSSO’s first dual-battery product, was released in 2017, and over 5 million REVENGER kits were sold. In 2018, the brand debuted ZERO, which set a new shipment record of over 10 million kits.

VAPORESSO kicked off the Power Shop Program in 2019, aiming to open over 7000 stores globally. Its GEN series launched in the same year made high-power devices more accessible than ever before. Following its XROS SERIES launched in 2020 and sold more than 3 million kits in 2021, VAPORESSO redefined DTL vaping with its newly developed iTank at the beginning of 2022.

Leveraging its robust market penetration strategy and ability to expand its offline retail networks, VAPORESSO is well-positioned to capitalize on its growth momentum to further increase its global footprint.

VAPORESSO was created in 2015 and is dedicated to establishing a smoke-free world while raising the quality of life for its users. Based on its continuous innovation, strict quality control, and substantial commitment, VAPORESSO creates products that can fit all levels and styles of vapers. 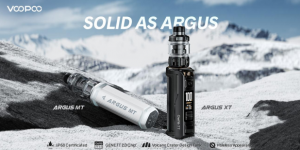 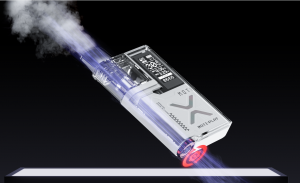