Smoore International (6969) expects to record a 46% to 54% annual decline in profit for the six months ended June 30, according to a late Friday disclosure.

The vaping device manufacturer attributed the downbeat forecast to lower revenue and the antivirus measures in Shenzhen, which significantly affected its production operation in the first quarter of 2022.

Smoore also cited its increased investment in research and development, as well as information systems, as other reasons for the smaller profit.

The board of directors of the Company expected that the profit and total comprehensive income for the Period of the Group will be approximately RMB1,322.4 million to RMB1,554.1 million, representing a decrease by approximately 46.0% to 54.1% as compared to RMB2,878.8 million for the six months ended 30 June 2021 (the ‘‘Comparable Period’’). The decrease was mainly due to:

1) the decrease in revenue as compared to the Comparable Period, which was mainly due to the decrease in revenue from the market in the PRC. In the first quarter of the Period, tightening epidemic prevention and control measures adopted in certain areas in Shenzhen significantly affected production operation in the first quarter. Production operation returned to normal in the second quarter, with revenue increased significantly from the first quarter, but lower than that in the second quarter of the Comparable Period;

3) the Group continued to increase investment in research and development, especially the investment in the fundamental research of vaping technology and the field of medical and health, according to its established strategy to enhance long-term competitive advantages and cultivate new growth areas, such that, the research and development expenses in the first half of 2022 increased significantly as compared to the Comparable Period;

4) the Group increased its investment in information systems,organization and procedures, and marketing
system construction in the first half of 2022 to cope with futuredevelopment requirements in the long
run and enhance the Group’s management and marketing capabilities, resulting in substantial increase in management expenses and selling expenses as compared to the Comparable Period. 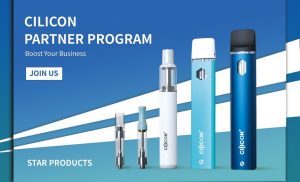