BEIJING, May 31 (Xinhua) — With a slate of tightened regulations taking into effect, Chinese authorities have stepped up efforts to manage the explosive growth in the e-cigarettes market, especially to curb youth vaping.

China’s State Tobacco Monopoly Administration issued a regulation in March, saying that the country would implement license management for e-cigarette production, wholesale and retail entities starting from May 1.

In recent years, due to regulatory gaps, the e-cigarette industry has seen disorderly development, with some products reporting problems such as unclear nicotine content, unknown additives and tobacco tar leakage.

“China has the world’s largest population of smokers and is the largest producer and consumer of tobacco,” said Jiang Yuan, former director of the tobacco control office, Chinese Center for Disease Control and Prevention (China CDC).

Statistics from the World Health Organization showed there are more than 300 million smokers in China, nearly one-third of the world’s total. More than half of adult men in the country are current tobacco smokers. In addition, over 700 million non-smokers in China, including about 180 million children, are exposed to second-hand smoke at least once a day in a typical week.

Adolescent exposure to tobacco is an important reason for the growing ranks of Chinese smokers. Some stationery shops near primary and secondary schools have sold e-cigarettes to students under the table. With the fashionable appearance and multifarious taste, flavored e-cigarette products are popular among teenagers.

According to a survey released by China CDC in 2019, 69.9 percent of junior high students had heard of e-cigarettes, and the usage rate among the group was 2.7 percent, up 24.9 percentage points and 1.5 percentage points respectively from 2014.

Based on a report on the health hazards of smoking in 2020, Xiao Dan, director of the center for tobacco epidemiology and smoking cessation at China-Japan Friendship Hospital, said there is sufficient evidence showing e-cigarettes are unhealthy.

“The use of e-cigarettes, especially among young people, can adversely affect brain development,” Xiao said. “Studies have shown that it will also increase the risks of cardiovascular and lung diseases.”

As for whether e-cigarettes are effective at helping smokers quit, Xiao has some reservations. “E-cigarettes can indeed help reduce the number of traditional cigarettes one smokes but once the patients totally stop using the e-cigarettes, most would switch back to traditional ones,” Xiao said.

The bus and tram riding rules in Shanghai, revised by the municipal road transport administrative bureau and taking into effect from Dec. 28, 2021, have added “No smoking (including e-cigarettes)” to the content of “no smoking on buses and trams.”

“A good social atmosphere for tobacco control and the integration of the concept of health into all policies are gradually taking shape and being put into action,” said Chen De, vice president of the Shanghai Association of Tobacco Control. 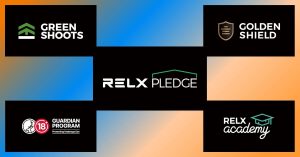 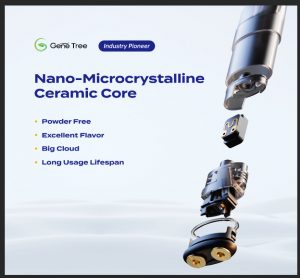